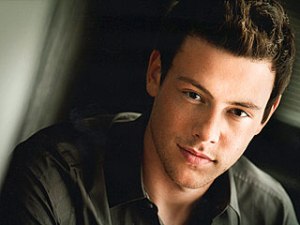 Maybe his death was drug related and maybe it wasn’t. After all, there was nothing in the immediate reports to suggest one way or another, as the only accounts are that he left the hotel with friends earlier in the evening, then returned back to his room late and alone. There won’t even be an autopsy until sometime this week, I imagine, with any official results coming days or weeks after that. And yet, mere hours after the initial reports that Cory Monteith, one of the stars of the television show Glee, was found dead in his hotel room, adjectives like “troubled” started being added to the headlines announcing his demise.

I’ve never really been a big fan of Glee. (Perhaps there is something about the idea of misfit kids in an Ohio high school show choir that hits a bit dangerously close to home.) I have been familiar with Cory Monteith, though, and the rather eloquent way he would periodically talk about his past battles with addiction. I admired the way he spoke about his journey — drug abuse by age 13 or so, a hard-fought battle for sobriety, then landing an acting gig on a big show — with both candor and gratefulness. When there were stories in the news about him checking himself back into a substance abuse program this spring, I quietly pulled for him in the way that you do for complete strangers when you have loved ones of your own who have walked the same path.

I understand that when an otherwise healthy 31 year old dies, particularly one who had been vocal about his battles with substance abuse, it’s natural to wonder if addiction played a role in the end. What bothers me, though, is the way we allow the stigma over addiction to become a pejorative in those wonderings. Monteith, who wasn’t known for the sort drug-fueled antics or arrests that have become commonplace with young Hollywood, suddenly becomes “troubled” in death.

We don’t handle other diseases this way, immediately casting blame at the feet of the deceased. We don’t respond to the news of a beloved actor dying of a heart attack with headlines about his shitty diet or lifestyle (“Fat Guy Who Refused To Exercise”…) and we wouldn’t so callously lead the news of a death due to lung cancer (“Two Pack A Day Smoker Dies”…) before the family had even been given a chance to digest the horrible news. You see, in almost every other situation, we just wouldn’t dream of labeling people “troubled” when their disease ends up taking their life. In fact, it’s often quite the opposite. When someone passes away after a hard-fought (but ultimately unsuccessful) battle with cancer, we rightly talk about how courageous they were, even in the midst of setback and defeat. Courageous until the end, we often say. Yet, when it’s addiction? “Troubled actor dead at 31.”

I don’t know what caused Monteith’s death, but I can tell you this much. From everything I’ve read about him over the years and from everything I know about the ravages of addiction, Monteith fought a long, courageous battle against a pertinacious enemy.

Let that be a headline.