For the last handful of years, we’ve escaped to Scottsdale during the week of Thanksgiving. It’s our oasis, our designated place to relax, restore, and reconnect. And we love it there. When we were there just a week or two ago, I Instagrammed the trip, but thought I’d share a few of those pictures here, too, for those who have yet to see them.

We’re already looking forward to a return trip in 2013. 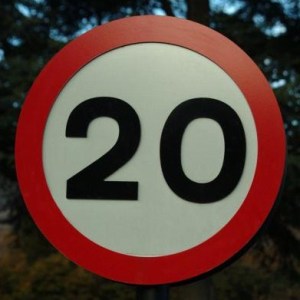 I’d already known the woman who is now my wife for a couple of years — casually, a sort of friend-of-a-friend situation — when we ran into each other during my visit to Tulsa the summer before our junior year of college. When I returned home a couple days later, a good friend picked me up at the airport. He asked about the trip and all I could say was that I’d run into the woman that I would some day marry.

Had you known the twenty year old version of me, you would have known that almost any statement I could have possibly made — “I think I’m going to move to Ecuador and grow bananas” or “I think I’m going to shave off my eyebrows and take a vow of silence for a month” — would have been more probable than something positive about me and the dreaded institution of marriage. And yet, for reasons that still baffle me, I just knew.

I realize that a lot of twenty-somethings say they’re never going to get married. Maybe they say it because they think it’s cool or because they’re still focused on wild oat sowing. For me, though, I vocalized my disdain for marriage mostly because somewhere deep inside I feared that I didn’t have it in me. I feared that I’d grow bored, I feared feeling trapped, I feared losing the occasional isolation that the introverted part of my personality requires, but mostly… I feared failure. I just wasn’t sure that I’d be good at it.

I would say that this journey to our twentieth hasn’t been what I expected, but then, I don’t fully know what I anticipated when we stood at that altar. I had some overly idealistic ideas of how our lives might unfold, as kids who stand at altars usually do, but I also found myself okay with the great unknown before us, simply because I knew we’d face it together. I still wasn’t sure that I’d be good at it, but I hoped and suspected that we just might.

There have undoubtedly been struggle and heartbreak along the way, the sort of things that altar-approaching twenty-somethings rarely consider. For the longest time, those chapters of our life were sources of shame, whitewashed in an effort to present what we thought was the expected appearance of our relationship, rather than the truth of life’s hard fought battles. The wisdom of hindsight, though, has taught me that through those very struggles, our marriage was first formed, then tested, and now fortified.

I have no idea what the next twenty years may have in store for us and I’ve given up on guessing. Whatever it is, I know that I’ll be holding the hand of my best friend. And that is enough.

[Happy anniversary, honey. I love you.]