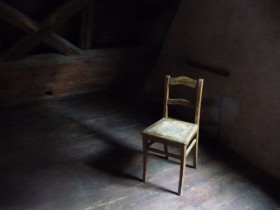 Not long ago, I wrote about the loss of our friend, Michele, to an apparent drug overdose. [You can read that post, called A passing., by clicking here.] I wrote about how, since Michele’s death, I’ve thought a lot about her last hours. Specifically, I’ve debated whether or not it was her intention to end her life that night. Over the course of our friendship, I often found myself assuring her that she was around on this earth, despite pretty unbelievable circumstances, because she must have a purpose bigger than either of us could imagine. I’m not sure how much of that I even believed, to be perfectly honest, or how much of my strained encouragement was based in my own fear that she might lose the will to live.

And so, a year-and-a-half after her death, I’m left with an internal conflict that I haven’t yet been able to resolve. Was it an accident, simple foolishness, a gross miscalculation, a body finally giving out, or had that hope for pain’s end pushed her toward something more deliberate? This was the question asked and not answered by my blog post.

You know, in my few short months of blogging, I’ve discovered that I really write for myself. If someone ends up reading my words and on some level connects with them, it’s just icing on my therapy’s cake. The comments and responses have been great, too, giving me a sense of community and support when I didn’t know I needed one. I’ve found myself encouraged when I least expected it and, on occasion, challenged. The following comment, offered after the blog post referenced above, challenged me in a way that stopped me in my tracks.

You’re absolutely right, we do not talk about suicide. And my first comment is incredibly risky but I’ll make it nonetheless. Why is it so bad? If someone is suffering, knows that they’re suffering and courageously (it takes a lot to actually kill yourself) decides to end it, why isn’t that any more their right than other choices they make? With that said, then the work of forgiveness is about them leaving us, divorcing us, breaking up with us, moving away for good, stopping contact. Imagine what life would be like if we could talk about it and our loved ones could say good bye first?

First, let me tell you something about the comment’s author. I’ve known Beth for a couple decades now. In many ways, we began as the most unlikely of friends. Beth was someone who walked the straight and narrow when I was, well, decidedly not. She had an undeniable warmth and openness when my arsenal was full of caustic detachment. Yet, she was then — and is now — the dearest of friends. When she says something, I listen, because Beth has this habit of saying some really good things. Often, things I need to hear.

I do know that Michele was suffering. That much is true. For too many years to count, she’d been tormented by the effects of a robbed childhood, a broken body, and an unrelenting addiction. The emotional exhaustion of imagining yet another rehab, another attempt at sobriety, and another expected failure must have been indescribable. The physical pain, the loneliness, the despair, the arduous keeping of the facade… all of these things had become part of her “normal” and none of them seemed to show signs of abating. Would I have been able handle all of that?

The biggest challenge of Beth’s comment, for me, was her final provocation. Imagine what life would be like if we could talk about it and our loved ones could say goodbye first?

I’ve tried to imagine that conversation. What if Michele would have been able to tell us about her intention, explain her reasons, and offer us the opportunity to say goodbye? What would we really have done? Would we have honored her pain? Would we have contained our impulse to convince her that she was wrong, that we somehow knew better, or that things would be different tomorrow? Would we have been able to set our own fear and grief aside long enough to hear her? I suspect not. And I suspect that’s the reason there was no such conversation.

I can’t embrace the idea that our friend made some sort of courageous or honorable decision. I’m not sure if I ever will or even should, for that matter. But I regret that she might have surveyed the situation and decided that we — mostly, that I — would not have been able to handle or accept her crushing reality in that moment.

One of my favorite spoken word poets, Taylor Mali, has written a lot about his wife’s suicide. He has a way of putting into words the internal conflict that I still have yet to let completely to the surface. While our situations are different — he lost his wife, while we lost a dear friend — I still connect with and am oddly comforted by his words. A sample: