Here are a couple random shots from one of our favorite getaway destinations.

[Photos taken in and around Scottsdale, Arizona. November 2011.]

The first time we escaped to Arizona together was on our honeymoon in December of 1992. It was the first trip we’d taken anywhere together, just the two of us, and it all felt forbidden, new, and strangely exciting. I remember our giddiness as we, far more often than was necessary, would announce “this is my husband” or “have you met my wife?” Would people even believe us, we wondered? Sedona — all of Arizona, really — seemed magical. It is a magical place, no question, but part of the magic was knowing that we were about to embark on this great journey together, not just to the hallowed Chapel Of The Holy Cross or the fog-filled Grand Canyon, but on a journey into an unknown lifetime together. We were full of the sort of cheerfully uniformed optimism that can only be found in one’s early twenties, before life begins to teach the hard lessons of adulthood.

It would be years before we would return to Arizona again. Over a decade into our marriage, we made our second trip. My wife’s addiction and our life together had started to quietly unravel, although I’m not sure either one of us were yet cognizant of that fact. Unraveling, after all, tends to start long before we notice the frayed edges.

Now, and for the last handful of years or more, we’ve been making the nearly annual trek to the Valley of the Sun. We’ve been fortunate enough to vacation in a lot of wonderful places in our married life — Big Sur, Munich, Maui, Florida’s Gulf Coast, the north shore of Kauai — but Arizona, specifically our little hidden-away haunt in the foothills of north Scottsdale, remains the one place where we, almost instantly, relax. It’s invariably a time of respite, a quiet moment to refocus and breathe. It’s a place where the stress of day-to-day life gives way to gratitude, a reminder that we have come so far. Together.

Our escapes to high in the Sonoran Desert have become somewhat of a strange constant in our lives, marking the beginning of our love, periods of drifting and deterioration, and now, a well-earned celebration of new beginnings and renewal. And in that way, yet again, just like on our very first honeymoon visit, there’s something about the Arizona sun that’s truly magical. 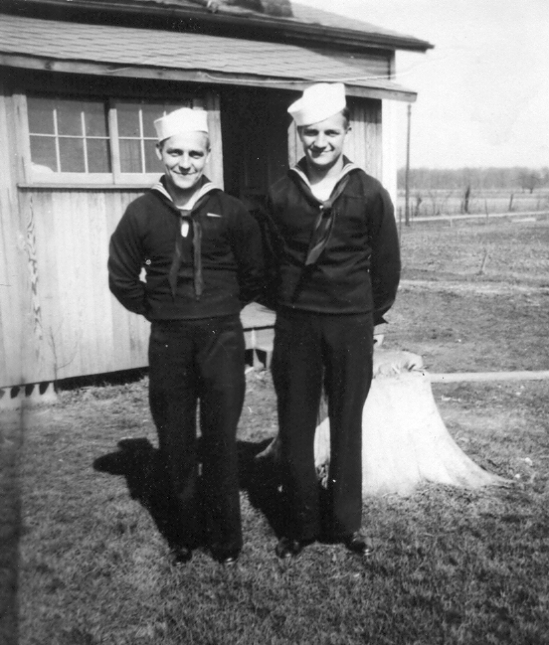 James Ward (my grandfather) and his brother, John Ward | 1944

Both my father and grandfather served in the military. I knew this fact when I was growing up, although neither really ever talked about it much. I do remember that my grandfather had an old picture of a navy ship in the basement when I was a kid. I’m sure I asked him about it at one point or another (at least, I hope I did), although I’m ashamed to admit that I don’t recall his answer.

A couple years ago, the local paper interviewed some veterans in the area. In just a few short paragraphs, I came to know more about my grandfather’s experience than I’d learned in all my years prior. I decided to make a point to ask him about the article and his experiences, a gesture that was admittedly long overdue. To my surprise, he sat down and told me a few stories. While recounting what I’m sure was an extremely sanitized version of the things he witnessed all those decades ago, he began to tear up and had to stop. Death witnessed, friends lost, the horror still alive in his eyes… there it all was, right on the surface.

It’s not that I didn’t appreciate the fact that countless men and women over the years have made the decision to serve our county — I certainly did — but it was more of an abstract theory for which I felt no personal frame of reference. That day, though, the look in my grandfather’s eyes was the instant frame of reference that I needed.

For each and every one who serve and have served, on this Veterans Day and every day, I have nothing but gratitude. Thank you. 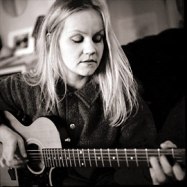 Fifteen years ago today, vocalist Eva Cassidy lost her battle to melanoma at the age of 33. Unfortunately, Eva’s amazing talent was barely known outside of her local D.C. music community until several years after her death. It’s rumored that Eva had been reluctant to release Live at Blues Alley, a recording that has become of her most popular posthumous releases, because she thought she sounded like she had a cold. Listening to it now, as I still often do, it’s hard to imagine why. In a world full of auto-tuned pop “sensations,” Eva’s music serves as a reminder of the beauty of true, unvarnished talent.

As some of you may know, melanoma has been a subject close to our hearts since my wife’s diagnosis this past summer. We were lucky. My wife’s melanoma was caught early and removed successfully. Not everyone, obviously, is as fortunate.

Today, take a little break and enjoy just a moment of this incredible talent, taken far too soon. 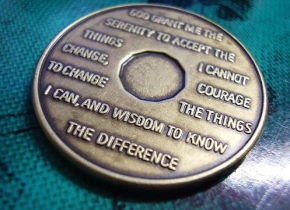 The first time my wife made any sort of official “amends,” she handed me a letter as she was getting out of the car at Starbucks. “This is for you,” she said, with no real warning or preparation for what I was about to read. “I’ll be right back.” So, while she waited on some hipster barista to make her the perfect half-this double-that something-or-other latte, I read a couple pages of a very formal apology, the clinical Cliff Notes version of the hell that had been my life for an undefinable amount of time. It wasn’t that there was anything wrong with the things she wrote. She was appropriately remorseful, specific with regard to what she was apologizing for (this has always been a huge sticking point for me… yes, you’re “sorry,” but for what?), and she was sure to include numerous assurances that things were going to be different from now on. Because she was different.

I sat there in the car, as alone in reading the detached retelling of my life as I’d felt when living it. I didn’t have anything to say when she returned, nor did I feel compelled to chase away the awkwardness of my deliberate silence. Finally, after a few minutes, she asked if I’d read it. “Yes,” I said, offering nothing more. And then we went on with our day.

I’m not sure what she expected from me that afternoon or if she even expected anything at all. My feeling at the time was that she was completing a task assigned by a sponsor or a therapist, something that she would now be able to check off sobriety’s To Do list. It seemed more for her benefit than for mine, a personal guilt cleansing that was little more than another selfish choice after a long line of addiction’s selfish choices.

STEP EIGHT:
Make a list of all persons we had harmed,
and became willing to make amends to them all.

STEP NINE:
Make direct amends to such people wherever possible,
except when to do so would injure them or others.

I became familiar with AA’s Twelve Steps early in my wife’s recovery, an effort on my part to verify and chart her sobriety. From the beginning, I knew that if she truly followed the steps, some sort of amends would happen eventually. I wondered why it had to be so far down on the list, though. Step NINE? Were eight other things really more important than saying you’re sorry? I also wondered about the specifics of the “except when to do so would injure” part of the instruction and how she’d have any idea what might “injure” me when her barometer for such things had clearly been defective.

When the amends actually came, on that lackluster first effort in a Starbucks parking lot, I found myself completely unable to hear, much less believe, them. I’d seen these sorts of exchanges in movies — the heartfelt tearful apologies and promises from the injurer, followed by the loving embrace of a benevolent loved one — but that wasn’t how the situation was playing out for either of us. We both had work yet to do and steps yet to take.

There would be other amends to follow, of course. Sometimes the amends were written, other times they were verbal. Over time, they became increasingly meaningful to me, as I slowly found myself more and more willing to believe in the veracity of her words. The best amends, though — the ones that counted more than any speech or Hallmark card ever could — were the living amends, the promises and apologies made with and by her actions. In that way, AA’s amends aren’t unlike any other apology, I guess. Say you’re sorry, sure, but then you need to act like it, back it up with your actions, and live this new truth.

The other night we were watching a television show when a scene came on the screen that, for a variety of reasons, hit a little too close to the hurt that had been my home all those years ago. Without missing a beat, my wife reached over and gently took my hand. Nothing needed to be said, no letter needed to be exchanged. In that one simple moment, a living amends.